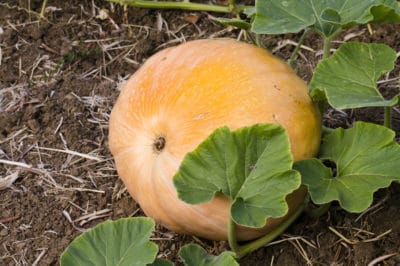 Why Are My Pumpkins So Yellow?

Whether you are an experienced gardener or one just beginning, you may be surprised to look at your pumpkin patch expecting to see orange fruits but see yellow ones instead!

Although the majority of pumpkin varieties are varying shades of orange, different varieties of pumpkins can be colored blue, white, green and yes, even yellow.

Typically, a yellow pumpkin is a hybrid, meaning it is a combination of two or more varieties cross-bred with one another. The most popular hybrid that produces a pure yellow pumpkin is called the Sunlight Hybrid.

Another popular yellow pumpkin that is not a hybrid is a French breed called the Paris, Yellow Pumpkin. For pumpkin purists, this is the ideal pumpkin; it is an heirloom fruit, not a hybridized version, with yellow flesh and skin.

Most pumpkin varieties start out as a light green fruit, progress to a dark green as they mature, and finally turn orange as harvest time approaches. However, some types like the Giant pumpkin are a light yellow when they are first growing and then transition to orange before harvest.

Other Reasons for Yellow Pumpkins

There could be a variety of reasons why you expected orange pumpkins but got yellow ones instead. For example:

If you planted seeds that you saved from a previous year, cross-pollination could also be the reason for yellow pumpkins. Planting pumpkins too close to other squash can result in cross-pollination, which can affect the color and even shape of your pumpkins.

Can I Eat Yellow Pumpkins?

Whether you intentionally or accidentally ended up with yellow pumpkins, you may wonder whether they are edible or not. Take heart; any pumpkin you can grow, you can eat! However, beware that unless the yellow pumpkin is a specially designed hybrid as opposed to an accidental one, the taste and shape may be different than that of a traditional pumpkin.

Regardless of whether your yellow pumpkins are by design or by accident, they make a nice change from the traditional orange pumpkins you see everywhere. If nothing else, your garden may be the talk of all the neighbors!