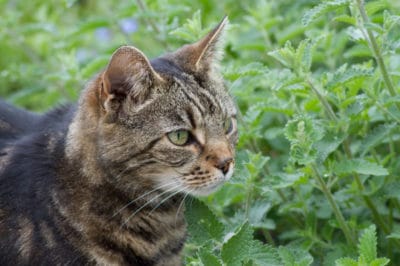 What To Do With Catnip

The catnip - just a decorative perennial with colourful lip blossoms? No way! This herb has it in it. It can be used for many purposes and even contains medicated ingredients.

The most common use of catnip is obvious: True to its name, it is often used to beguile cats. Cats let themselves be seduced by their scent. Many owners of these house tigers use the essential oil of catnip or the plant itself. They add the catnip cat toy or drizzle cat furniture such as scratching trees with the oil.

Catnip can also be used against mosquitoes. The essential oils contained keep mosquitoes at a distance, as they feel repelled by the smell. For example, it is sufficient to place a plant in the pot from the balcony overnight in the bedroom or to distribute the catnip oil in diluted form on the body.

In the garden and right next to less resistant plants such as roses or herbs such as parsley, catnip protects against pests. Vermin such as aphids and ants are effectively kept away. Only snails remain unimpressed by their smell.

Since catnip is non-toxic, it can be brewed into tea, for example. It unfolds its healing powers. For one tea 2 tablespoons of the dried cabbage are infused with 250 ml boiling water. The tea helps, among other things:

In addition, the dried leaves can be used for smoking and smoking. When smoking, they release a relaxing effect on the body. Therefore catnip leaves are often used as a legal substitute for marijuana.

Last but not least, the edible leaves and flowers of catnip can be used to season food. The varieties with lemon aroma such as ‘Odeur Citron’ and ‘Grog’ are particularly recommended. They can be used for desserts such as ice cream, pastries and puddings and enrich summer fruit salads. The mint aroma of catnip in combination with chocolate desserts also comes into its own.

When using the fresh form of catnip is preferable. In dried form – and especially at drying temperatures that are too high – a large part of the essential oils is quickly lost.