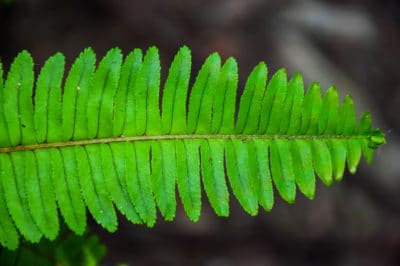 Why Does my Boston Fern Have Brown Leaves?

One reason people grow Boston ferns is their attractive, lacy bright green leaves. They can brighten up a windowsill or add texture to a perennial bed in USDA Zones 8 to 11. If the plant begins to brown, it's an indication of a problem, especially if it progresses to dropping leaves.

In the wild, Boston ferns are understory plants. That means they get plenty of light, but it’s indirect. In the garden, they usually grow best in dappled shade. Direct sunlight from a south-facing window means too much heat and light reaching plants grown indoors. Boston ferns in this situation will typically develop brownish leaf tips because they are literally burning.

Cats and dogs – especially young animals – often nibble on houseplants. Luckily, Boston fern isn’t toxic to them, but their chewing can damage leaves and fronds. The chewed edges will turn brown or otherwise become discolored. If this is the problem, you’ll be able to see the chewed leaves, often with puncture holes from the animal’s teeth.

Boston ferns need consistent water. Too much means soggy soil, and – eventually – the roots will rot. In some cases, it’s not the amount you’re putting on the plant, but poorly draining soil or pots causing the problem. Too little water means the plant won’t grow properly and is more susceptible to disease and insect attacks. In either case, the leaves may begin to turn brown or drop off.

A Boston fern doesn’t need a lot of fertilizer and leaves may brown if they get too much or salts build up. To fertilize:

If All Else Fails

You can’t win them all. If you’ve tried everything else, cut back everything except the brand new fronds. You might also try repotting. Mix your own potting soil with four parts peat moss, one part horticultural bark and five parts perlite. If that’s still not successful, start new plants from the offsets dangling on rhizomes from the mother plant. Or just buy another plant.