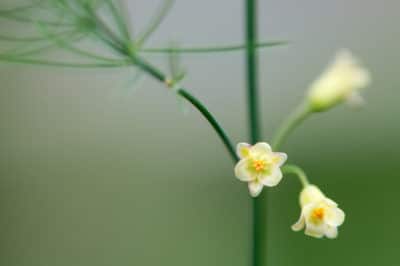 Differences Between Male and Female Asparagus Flowers and Plants

Asparagus plants, both male and female, produce flowers in the early summer after the shoots have turned into tall stalks and leafed-out. On female plants, and occasionally males, the flowers develop into small, red seed-pods, resembling berries. You can use the seeds gathered from these pods for growing more asparagus plants, or you can add sprigs of the red berries to flower arrangements as an attractive background.

Male and Female Flowers on Asparagus

Male and female reproductive parts in plants are often found together in the same flower or on separate flowers on the same plant. Asparagus is different, being dioecious, meaning it has completely separate male and female plants, each with their own reproductive flower types and growth habits.

Male and female asparagus plants produce similar flowers, both being small, greenish-white to yellow in color, bell-shaped, and occurring singly or in clusters of two or three at leaf junctions. However, if you look closely, there are differences.

Male asparagus plants are more productive from the culinary perspective where the aim is an abundance of large, succulent, edible shoots in spring. Female plants also produce shoots, but they are smaller and not as good to eat, because the plants save their energy for making seeds later in the season. Some popular all-male hybrid cultivars include:

It is generally only the female plants which have flowers turning into bright-red berries of .25 to .4 inches (6 to 10mm) diameter at the end of summer. However, male plants can produce hermaphroditic flowers and viable seeds on occasion, as well.

Flowers are one method plants use for reproduction, another being vegetative propagation. Asparagus plants propagate in both ways: by producing seeds from flowers and by sprouting new plants underground from their large, perennial root system.

Asparagus crowns are the root systems of asparagus plants which have been grown-out for one or two seasons in a plant nursery starting from seed. When planting from crowns, the asparagus bed starts out one year closer to producing edible shoots in the third year. When planted from seed, it takes an additional year to reach this point.

Seeds collected from asparagus plants can be started in the greenhouse in early spring. Sow seeds ½ inch ((1.3cm) deep and approximately 2 inches (5cm) apart in well-drained potting soil. Keep moist in a sunny location and allow four weeks for germination. Let plants grow a minimum of three months after germination before transplanting to the garden.