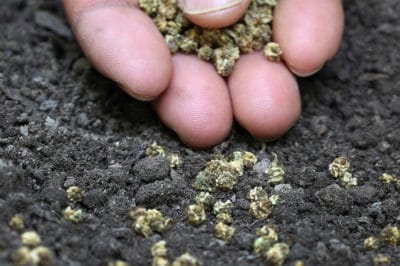 The Best Times of Year for Growing Spinach

Spinach is a cool-weather-loving crop best planted in spring and early fall in areas with hot summers. Although spinach seeds can germinate in a wide range of temperatures, the best time for planting spinach out into the garden is after the danger of frost is over but before, or after, hot weather. Hot weather causes spinach plants to bolt and start producing seed.

Spring and Fall are the Best Seasons for Planting Spinach

Spinach is a fast-growing vegetable, packed with essential nutrients, great flavor, and adaptable to a wide range of cooking styles. Plant spinach seeds directly in the ground when daytime temperatures are over 50ºF (10ºC) and the soil can be easily worked.

If you live in an area with mild summers where daytime temperatures stay below 80ºF (26.6ºC), you can grow spinach outdoors in the summer. However, when daytime high temperatures reach above this mark, most spinach varieties rapidly go to seed, forming tall stalks with yellow flowers, and the leaves become tough and bitter.

When and How to Start Spinach Seeds

Spinach plants have fussy roots which often suffer when transplanted. Because of this, you are most likely to grow a successful crop if you directly sow the seeds into well-prepared garden soil in spring or early fall.

If you want to get a jump on the growing season by starting your seeds indoors in trays, use a pot at least 4 inches (10cm) deep to give the root system a buffer against transplant shock when you transfer the seedlings into the garden.

Plant spinach seeds about ½ inch (1.3cm) deep, and then press the soil firmly over the seeds to eliminate any air pockets. Water the seeds immediately after planting, and then keep the area moist as seeds germinate and as the plants grow. Spinach grows best in soil which is continually moist but not soggy.

There are a few cultivars of spinach which do better in warmer conditions. Look for the words ‘long-standing’ on seed packages, which means the variety is more resistant to early bolting.

Hybrid varieties which have been breed for warmer conditions include:

If you want to grow a leafy green vegetable similar to spinach in the summer, consider planting New Zealand or Malabar spinach. Although these are not true spinach plants, they can be used in a similar way to true spinach.

Another option for growing spinach out of season is growing it in a planting container indoors where temperatures stay between approximately 40º to 80ºF (4.4º to 27ºC).