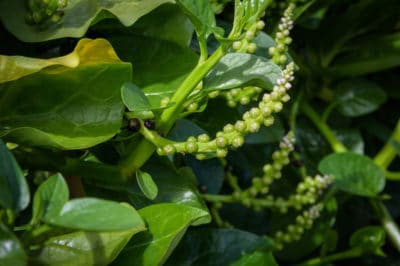 When temperatures get above 75ºF (23ºC) and daylight exceeds 14 hours, spinach plants bolt, producing a tall stalk, flowers, and a reduction of tasty leaves. Preventing spinach from bolting is a matter of growing spinach in the cooler months and shorter days of spring and fall. You can also plant one of several varieties of spinach which tolerate warmer weather known as long-standing cultivars.

Bolting is a gardening term for plants sending up a tall flower stalk and producing flowers and seeds. When this happens, the plants put their energy into seed or pollen production and develop unpalatable flavors and textures.

Spinach grows fast and likes cool weather, and the best way of preventing your spinach crop from bolting is planting it in spring and harvesting it before daytime temperatures reach 75ºF (23ºC) or planting the crop in the fall when the weather has cooled down.

You can also select a cultivar of spinach bred to tolerate warmer weather. These include:

You can also easily find seeds for two plants which are a bit like spinach but are actually in a separate plant family, both of which grow well in warmer conditions of summer. These are:

However, while these plants grow fast, as does spinach, and they can be used as a spinach replacement in some dishes, neither is exactly the same in flavor or texture as genuine spinach plants.

Plant Early and Harvest Your Spinach before Bolting

If temperatures are warming up faster than normal,harvest your spinach crop sooner than later to prevent losing the crop when it bolts. Look for a fast growing central stem emerging from the plant, and pull the plants before it has time to develop.

Spinach tolerates temperatures as low as 35ºF (1.6ºC), and mature plants protected by straw mulch can even make it through freezing weather. So, start your spinach seeds early in the spring, and transplant the seedlings as soon as soil temperatures reach above 45ºF (7.2ºC).

If your spinach does bolt, you may want to take it as a learning experience and have a close look at the plants as they go through their reproductive cycle.