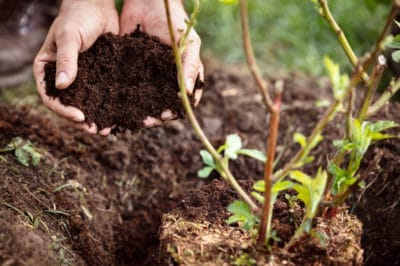 Transplanting Blackberries to Boost Your Harvest

If there’s one thing you can rely on blackberry bushes (Rubus fruticosus) to do, it’s to spread. So why not take advantage of their natural enthusiasm by transplanting their naturally occurring shoots, or suckers? It’s the quickest and simplest way to propagate brand new plants, and best of all, it’s free. We explore two types of blackberry transplants: root cuttings and tip layering.

When to Transplant Root Cuttings

Take root cuttings in early spring, between 30 and 45 days before the average last frost date in your part of USDA zones 4 through 9. You’ll be transplanting primocanes — the small, green first-year shoots that won’t fruit until their second summer.

To lift the cuttings, you’ll need:

Use this method for transplanting semi-erect or trailing blackberries, including:

Tip layer the floricanes of semi-erect or trailing blackberries after they finish fruiting. Select vigorous canes with several healthy leaves.

Bend the tip of a trailing cane to the ground, cover them with 1 inch of soil and secure them with landscape fabric staples. Repeat for semi-erect floricanes, but staple them in place before covering with 2 inches of soil.

Keep the tip layers moist and watch for their new shoots to emerge in early spring. When the shoots are 6 inches high, separate them from the floricanes with all the roots and soil you can manage. Move them to new holes the same depth as their original ones.

Prune the transplanted shoots back to two or three buds. Water them well to settle the soil.