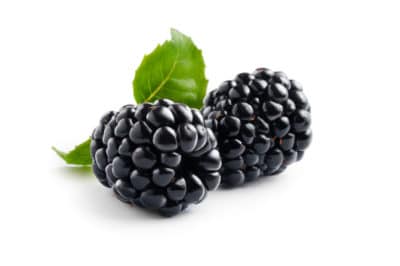 Do All Blackberries Have Seeds

If a stroll down your grocery store’s preserves aisle leads you past jars labeled “Seedless Blackberry” jam or jelly, don’t be fooled. Whatever blackberries went into their contents contained seeds that were strained out during processing. You’ll never be able to grow a seedless blackberry, but you may be able to grow one with seeds so small they’re barely there. Read on for the details!

With every berry you pick from a blackberry bush (Rubus fruticosus), you’re actually harvesting dozens of fruits. Why?

Because every blackberry is a compound cluster of tiny ‘drupelets,’ each of which contains a seed. These drupelets are the perfect size for foraging birds to peck free. After digesting them, the birds excrete the seeds to become new plants.

Expert gardener’s tip: Because blackberry bushes also reproduce by underground runners, there’ little mystery as to why they’ve become invasive across much of USDA plant hardiness zones 4 through 9.

To most of us, one blackberry seed is indistinguishable from the next. But being able to identify the seeds of different blackberry cultivars is especially important if you intend to grow your own bushes from seed.

Under sufficient magnification, blackberry seeds have very noticeable differences. Their:

If you’re simply someone who loves blackberries’ taste but hates biting into seeds, however, just avoid large-seeded bushes, including:

While seedless blackberries don’t yet exist, commercial growers have managed to produce two cultivars with seeds so small and thin they’re nearly undetectable.

Hardy in USDA zones 6 through 8, ‘Arapaho’ is an erect, summer-bearing cultivar. Released in 1993 by the University of Arkansas, it boasts thornless canes with very early, medium-sized fruit. Expect ‘Arapaho’s’ crop to begin ripening in early June and continue for about a month.

‘Wild Treasure,’ a blackberry from Oregon State University, has fruit with seeds so small it’s used in commercial baked goods. The berries themselves are less than half the size of ‘Arapaho’s.’