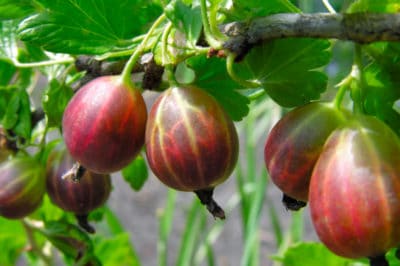 This care vitalizes your gooseberries

In the care of gooseberries, a few factors are really important. In addition to the water and nutrient balance, cutting plays an important role. We will explain how to handle all aspects correctly.

What is the water requirement of gooseberries?

Gooseberries have nothing to do with dry stress. The berry bushes are best watered regularly in the morning when the natural rainfall is not sufficient. The earth’s surface may dry a little between waterings.

How to fertilize the berry bushes?

A combination of organic fertilizer and mulch meets the requirements of high consuming gooseberries perfectly. The following nutrient supply has proven itself:

Where no organic fertilizer is available, commercial berry fertilizer serves as an alternative in the dosage according to instructions.

Words to pay attention to when cutting gooseberries?

In the period from the harvest to the end of February, gooseberries receive a targeted pruning. In the first step, all dead wood is thinned out. Cut out inwardly directed branches as well as puny and intersecting specimens. Then it goes on like this:

The ideal gooseberry bush has 2 one-year-old, two-year-old, three-year-old and four-year-old leading shoots. The situation is similar with a tall gooseberry stem, where mainly hanging branches have to give way.

There are primarily two diseases to which attention should be paid during the summer. In dry, warm weather the powdery American gooseberry mildew lurks. If the weather is humid and warm, leaf fall disease spreads.

The frost hardy gooseberry bushes do not need any extra winter protection. The conditions in the tub are different, however, as the root ball could freeze through here. Wrap planters with bubble wrap in good time before the first frost and place them in front of the south wall of the house on wood or polystyrene.