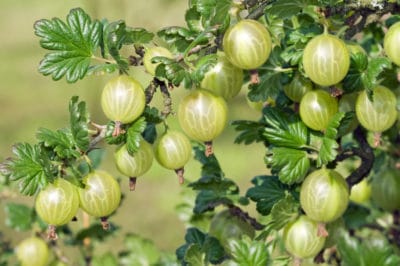 Two significant attributes indicate the perfect nutrient supply of gooseberries. The fruit bush is both shallow root and strong eater. Find out here how and when fertilizers are used for a lush harvest and a carefree enjoyment.

Gooseberries thrive excellently in nutrient-rich soil. Nevertheless, during the vegetation period there is occasional demand for nutrients, because the shallow roots have quickly depleted the available reserves. Since mineral-chemical preparations can no longer pass through the garden door of the environmentally and health-conscious hobby gardener, organic fertilizers dominate. That’s how you do it right:

The mulch layer performs several tasks on the gooseberries at the same time. It keeps the soil moist for longer, releases nutrients and suppresses weeds. This has the advantage that it is rarely possible to rake. The flat roots are less exposed to the risk of damage.

A sensible alternative to compost

A garden does not always have enough space for a compost heap. This does not mean that you now have to do without organic fertilization of your gooseberries. There is a space-saving alternative called worm compost. In a close community of compost worms and other microorganisms, kitchen waste is composted according to a clever system. The special worm box is designed that way:

Such a worm farm can be built by anyone with a little manual skill. If properly managed, there is always sufficient organic fertiliser available for gooseberries and other crops.

Not in the mood for scratched hands after the gooseberry harvest? Then cultivate the sort ‘Larell’, because here the thorns are missing. The deep red fruits are sugar-sweet and particularly burst-resistant. Due to its medium-strong growth, it also thrives excellently in the tub on the balcony.