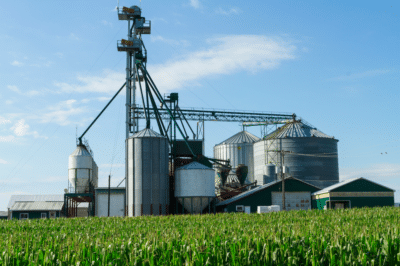 Industrial Agriculture Is Creating Serious Problems For Our Environment

What comes to mind when you think about farming? Amber waves of grain? Rolling hills and people seated on tractors? The smell of manure? What about pollution?

When identifying processes or industries that contribute significantly to pollution, most people don’t think of agriculture. In fact, in order for agriculture to continue, farmers must take good care of the environments of their land and animals.

We’re going to give you the what, why, and how of industrial agriculture pollution.

What is Agricultural Pollution?

Farmed areas – both on land and in the water – provide vital habitats for thousands of wild animals and plant species. Farming operations that are managed with good sustainability practices help restore and preserve critical habitats, protect watersheds, and improve soil strength and water quality.

Perhaps even worse is the practice of factory farming. Scientific research has found that factory farming methods – such as confining and overcrowding animals in warehouse-like conditions before slaughter and meat production – create unacceptable levels of risk to public health and irreparable damage to the surrounding environment.

Although factory farms produce an enormous amount of waste and pollution, according to the Natural Resources Defense Council, they are largely exempt from standard air and water pollution regulations. This means that factory farms – which produce more annual waste than the entire population of the United States – can dump their waste as they see fit.

Additionally, as factory farms tasked with raising thousands of animals to meet consumer demand continue to produce tons of waste, our water supply is at risk of contamination. As waterways become polluted with agricultural waste, they lose their ability to sustain marine ecosystems. Populations of marine life are adversely affected, and the food supply becomes contaminated. 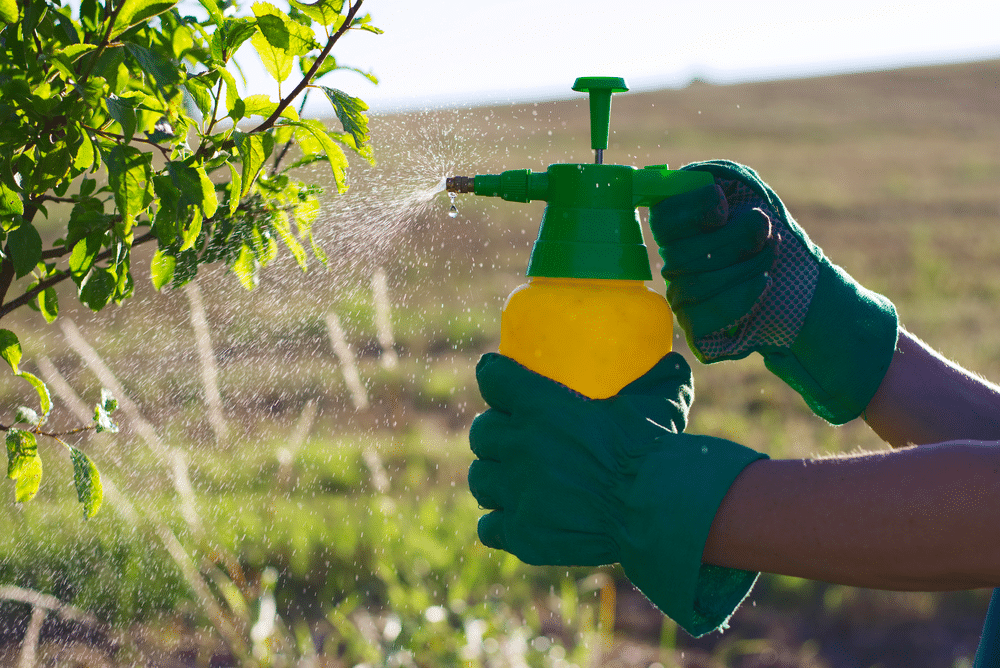 Some of the steps in that process are:

However, once crops have been treated, the chemicals do not disappear completely. Some of them combines with water and seep into the ground. The remainder is absorbed by the plant itself. As a result, local waterways that supply groundwater become contaminated, along with the animals that eat these crops and plants.

Contaminated Water: Contaminated water is another source of pollution. Most of the water used by the population comes from groundwater reservoirs, canals, and rainwater. While much of it is clean and pure, some sources are polluted with organic compounds and heavy metals. This happens because industrial farmers dispose of agricultural waste in nearby water sources.

Therefore, the crops are exposed to water which has slight amounts of mercury, lead, arsenic, and cadmium dissolved in it. Fighting agricultural pollution becomes harder when contaminated water poisons the livestock and leads to crop failure. 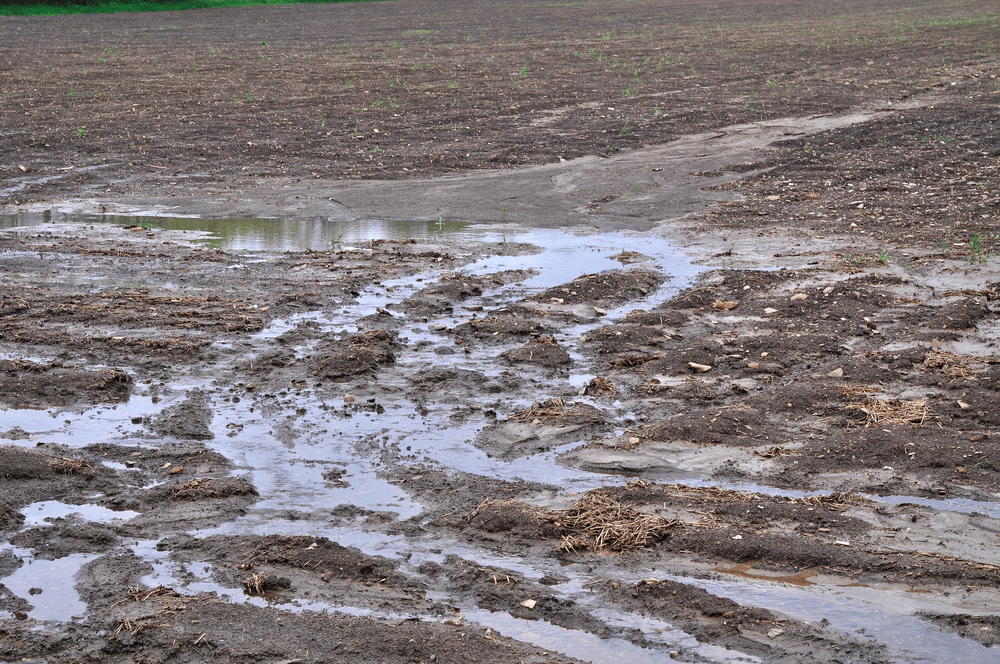 Soil Erosion and Sedimentation: Further problems are caused by soil erosion and sedimentation. Soil is comprised of many layers and it is only the top layer that can support farming or grazing. Inefficient farming practices lead to this soil being left vulnerable to erosion, and that leads to declining soil fertility every year.

The resulting sedimentation causes soil build up in areas such as rivers, streams, ditches, and surrounding fields. The process of agricultural pollution prevents the natural movement of water, migration of aquatic animals, and transportation of nutrients to other fertile areas.

Livestock: One hundred years ago, farmers would only keep as much livestock as their land could support. The cattle, sheep, pigs, chickens, and other animals were fed natural diets. As a result, the animals contributed to keeping the farm healthy as well.

Now, livestock is raised in cramped conditions, fed unnatural diets, and sent to slaughterhouses on a regular basis. This results in increased emissions of agricultural pollution.

Pests and Weeds: With the arrival of new, exotic crops, the native population must deal with new diseases, pests, and weeds that it is not capable of fighting. As a result, the invasive species destroy the local vegetation and wildlife, altering the ecosystem forever. 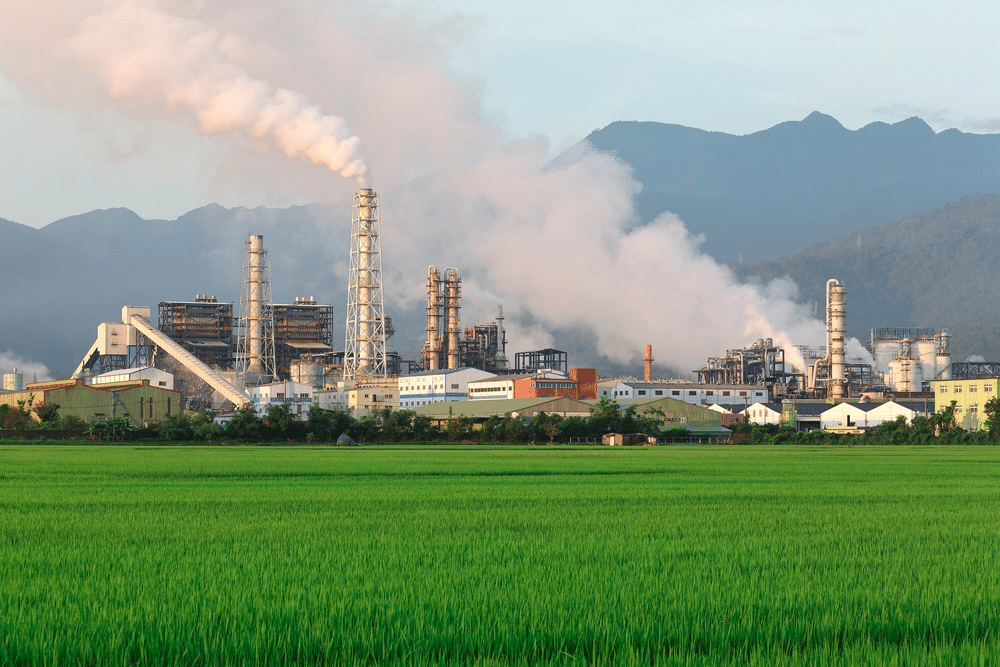 Most fertilizer is produced using a combination of untreated animal waste and synthetic materials. Both contain disproportionate amounts of nitrogen, phosphorus, and heavy metals (such as zinc, copper, chromium, arsenic, cadmium, and lead).

Even though most of these minerals normally act as nutrients to feed plants, industrial farmers overuse them, and the amount that cannot be absorbed into the earth ends up polluting the soil.

Excrement from animal waste cesspools (where industrial farmers typically dump the waste) can seep through the soil into nearby underground water tables, as well as overflow during storms.

In California, the nation’s top dairy-producing state, a UC Davis study found animal agriculture to be responsible for serious nitrate contamination in areas with big dairy operations, and the authors of the study determined that nitrate would remain in those areas for decades even if all farming operations were eliminated.

According to the US Environmental Protection Agency, as of 2007, animal excrement from factory farms had contaminated groundwater in 17 states and polluted 35,000 miles of rivers in 22 states.

Various gases from animal waste are the primary sources of factory farm air pollution. Particulate matter and bacterial toxins found in high concentrations at and around industrialized animal facilities have caused serious respiratory and cardiac disorders.

The ammonia from waste slurry lagoons evaporates and enters the rain cycle, forming nitric acid rain. Agricultural fertilizer emissions are the leading cause of nitric acid rain (after motor vehicles and coal plants). 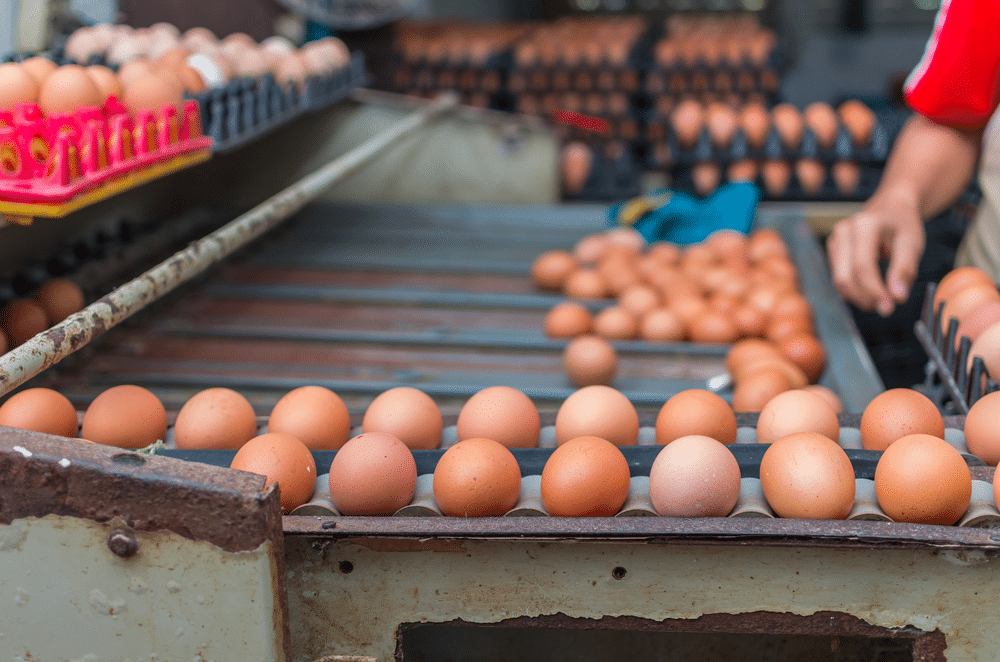 To solve the industrial agriculture pollution problem, it needs to be attacked on a variety of fronts.

Because these factory farms are virtually unregulated, one way to prevent further pollution is for the US government to consider new, more stringent regulations for the disposal of farm waste. Since factory farmers are not being held accountable, and they are not afraid to pay fines when caught breaking rules, there is no incentive for them to try to keep the surrounding environment healthy.

While some might argue that more government is not the answer, it is clear that there must be some process put in place to aid in the safe disposal of agricultural waste products.

One solution for farmers might be farm co-ops. In the early and mid-20th century, farming co-ops were made up of local farmers in a specific geographic area.

They held each other accountable for sustainable farming practices. Some of these co-ops still exist in the Midwest and are successful at keeping farming sustainable for the environment.

On an individual level, people can help turn the tide by supporting sustainable farming practices when they purchase food. The consumer demand for animal products (meat, dairy, eggs) will not decrease any time soon.

However, if more consumers would switch to eating animal products that have been raised organically, on large family farms, the demand for farm factory products would decrease – ultimately causing the factory farmers to rethink their approach to sustainable farming.

Yes, industrial agriculture may be a source of cheap animal products, but it is obviously detrimental to the ecosystem. The pollution created by factory farms is damaging the water, air, and land in this country as the demand for meat, dairy, and eggs continues to increase.

Through changes in policy and shifting consumer demand to sustainable farm methods, we can begin to make a difference in the environmental impacts of industrial agriculture.

To ignore this problem only hurts us. If we’re going to preserve the planet for future generations, we need to work toward a solution now.