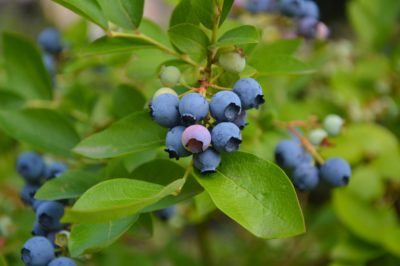 Where Do Blueberries Grow?

According to World Atlas, Canada and the U.S. produce 95 percent of the world’s blueberries. However, blueberries are cultivated all around the world. Before cultivating different blueberry species, the bushes needed areas that had a cold season to attain a fruit set, but today cultivated blueberries can grow in warm climates, as well.

The U.S. produces the most blueberries of any other place in the world with almost 240 thousand tons per year. Although blueberries grow across the country, 10 states grow over 98 percent of the berries. These top-producing states include:

Other Countries that Grow Blueberries

Poland is third on the list as a top blueberry producer with 13 thousand tons per year. The United Kingdom and Germany import the blueberries grown in Poland, but Germany also produces over 10 thousand tons of blueberries every year.

Blueberry Species and Where They Grow

If you’re wondering what blueberries grow on, they all require soil that has a pH of 4.5 to 5.6., full sun and routine watering. Blueberry bushes also benefit from organic mulch, such as compost, peat moss and dried leaves.