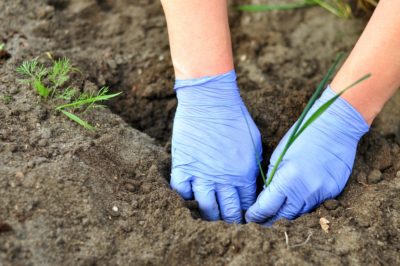 When Is the Best Time to Plant Leeks

Leeks (Allium ampeloprasum porrum) are related to onions, but have a more subtle flavor. You can use them to replace onions in your recipes, if you'd like a sweeter, milder flavor. They're simple to grow, and don't take up too much space in your garden. Rather than forming large, edible bulbs under the soil like onions, leeks produce edible stems.

Leeks are very frost resistant, so they can overwinter in hardiness zone 7 or warmer climates. If you’re planting in a warm weather area, you can sow leeks in the fall for a spring harvest. If you’re living in a cooler climate, plant your leeks in early spring to harvest your leeks from summer through fall. Leeks thrive in full sun or partial shade with temperatures below 75°F (24°C).

Leeks grow well in well-drained, slightly acidic soil with a pH of 6.0 to 6.8. Adding organic matter, such as compost, manure or leaf clippings to the soil gives the leek stems the nutrition they need for healthy growth.

When to Start Leek Seeds

Start your leek seeds indoors from 2 to 3 months before the last frost for northern climates. If you’re planting in warmer climates, you can start your seeds indoors about 3 to 4 weeks before the last spring frost. In southern climates, you can also plant the leek seeds directly in the ground at the end of the summer. Your harvest will be ready for picking from winter to early spring.

The following lists the temperatures and timeline for germinating leeks:

When to Transplant Leek Seedlings

Move the leek seedlings outside when the temperature reaches 40°F (4.4°C). Before planting the leeks in your garden, harden them off for about one week, so they can adjust to outside life. You do this by putting the leeks outside during the day, and placing them in a sheltered area at night. Once your leeks are hardened off, they’re ready for your garden.