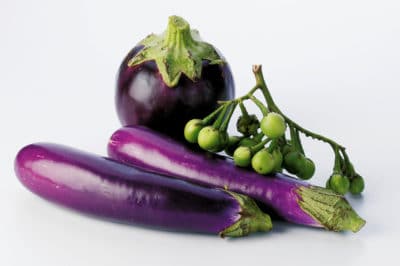 How to Can Eggplant: Is It Possible

The best time to eat eggplant is right after picking for the best flavor, but that’s not always possible. This is when to decide on your preserving method. Although it’s possible to pressure can eggplant, it’s not really the best option because it results in soft, dark, mushy eggplant. It’s still edible, but doesn’t have much eye appeal.

Keep in mind the United States Department of Agriculture does not recommend canning eggplant. If you still want to give pressure canning eggplant a try, here is the method suggested by Ball Jar Company in 1974:

Before pressure canning your eggplants, be sure to read all the food safety instructions that came with your canner.

If you want to preserve your eggplant, and still have it retain its flavor, then freezing is your best bet. You can blanch it, fry it or roast it before freezing the eggplant for using in your favorite recipes all year. Frozen eggplant is great for making puree and sauces, as well as adding nutrition and flavor to your casserole recipes.

The two other methods used for preserving eggplant are dehydrating and microwaving. You can use an electric dehydrator or the oven set on a low temperature to dehydrate your eggplant. Before drying your eggplant slices, sprinkle them with spices or marinade to make savory eggplant crisps.

Microwaving your eggplant is fast and easy. Just slice the eggplant, place the slices on a paper towel, and microwave for about 10 minutes. You can freeze the slices for using later.