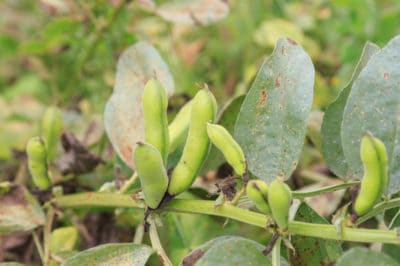 How to Grow Lima Beans

Unlike the classic green or string beans, lima beans are valued for their tender shell beans or as dried beans. Known as butter beans, Carolina beans and baby limas, they are also grown a little differently. If you can grow good green beans, you can also grow the slightly more temperamental limas.

What is a Lima Bean?

Lima beans are a different variety of bean compared to green beans – Phaseolus lunatus as opposed to Phaseolus vulgaris. Native to southern Mexico and Central America, they are valued for the tender immature bean seeds. The texture of the flat, crescent-shaped seed is similar to that of potatoes, earning limas another nickname – potato bean.

Limas are available in both pole and bush varieties. Although the bean pods are always green, mature seeds can be speckled, white or green. These varieties are available:

Lima bean seeds are large, and the cotyledons (first leaves) are heavy. They must have fine, friable soil to sprout. Add humus with aged manure and work it in well. You can also cover the planted beans with perlite or compost instead of soil to ensure easy sprouting. Your soil must also drain well, as limas are sensitive to overly moist soil and may rot or develop diseases if waterlogged.

Don’t plant limas until three or four weeks after the last frost and use inoculant. Plant the beans about one-and-a-half to two inches deep and three to four inches apart. Don’t soak before planting – the beans may split. For pole beans, set up your trellis or poles before planting. Plant along the trellis or plant five to six beans at the base of each pole.

Get a Jump on the Season

Lima beans tolerate early planting in individual pots. With a long-season bean, this may offer an additional two or three weeks to bring the bean to maturity. The best method is to use individual peat pots or other biodegradable pots. Plant one seed to each pot. Transplant when beans are about two or three weeks old – handle gently to avoid disturbing roots.

Bush limas usually ripen earlier than pole limas – 60 to 80 days as compared to 85 to 90 days or more. Pick beans when the seeds inside are plump and firm. Continue to pick all pods that are plump to extend the flowering period and increase bean production. Even bush beans should give you two or three pickings, unlike bush green beans that offer one. Beans can also be allowed to dry on the vine.