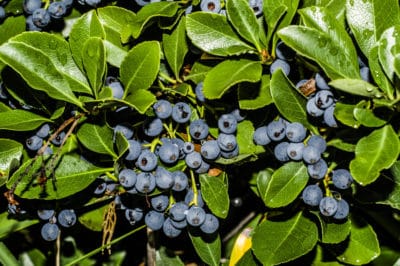 When Is Blueberry Picking Season

When you think about blueberry season, maybe you’re remembering long, hot summer days as a kid, picking blueberries from your favorite bush. You try to fill your pail in the hopes of Mom baking a fresh blueberry pie or a dozen muffins. That’s what blueberry season used to mean, but now you can have blueberries all year long.

When blueberry picking season in North America is over, usually from April to September, it doesn’t mean no more fresh berries. Imports from the South American countries of Peru, Argentina, Uruguay and Chile take over, supplying you with fresh, plump blueberries from October to March. It’s always blueberry picking time somewhere in the world, so keep baking those blueberry pies throughout the year.

Blueberry Picking in the United States

How to Tell if Blueberries Are Ripe

No matter where you live, you can tell when your blueberries are ready to pick by their appearance. Each one of your blueberry bushes should give you from seven to 10 pints of juicy blueberries. The best time to pick your blueberries is about four days after they turn blue.

If you’re wondering why you should leave them on the bush for a few days after they turn blue, it’s because the berries get sweeter as they ripen on the bush. Once you pick them, they won’t get any sweeter. Your berries can stay on the bush for up to 10 days once they’re ripe.

Make sure your blueberries don’t have any green or red coloring because that indicates that they’re under ripe.

When Is the Best Time to Pick Blueberries?

The best time of day to pick your berries is in the morning after the dew has dried. If you wait until the afternoon, the sun warms the berries. The warmth increases postharvest breakdown of the blueberries, which can result in splitting, damage and decreased storage time.

How to Pick Blueberries

Even if you didn’t plant any blueberry bushes in your yard, you can still enjoy blueberry picking season. Many local blueberry farms allow you to pick their fresh blueberries yourself. Your whole family can grab a bucket and spend the morning picking delicious, juicy blueberries. Bring them home and use them for pies, breads, muffins or just eat them plain. You can also freeze them for using all year long. The flavor of freshly picked blueberries is hard to beat.