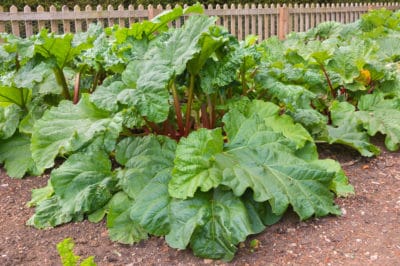 You need to know where in the nation and where in your garden to plant your rhubarb; it needs to be protected from heat to thrive. Here’s the where-to on growing great rhubarb.

Where in the world does rhubarb grow?

There are multiple varieties of rhubarb, and they grow all over the world. In addition to the U.S. and Canada, rhubarb can also be found in China, the Himalayas, Tibet, Russia, and Europe, particularly the UK and Ireland.

As it’s best suited to cooler climates, there are places, of course, where rhubarb does not thrive, too. Tropical and equatorial regions are not known for producing rhubarb.

Where in the US is best for growing rhubarb?

The northern portion of the country is the best for growing rhubarb.

Many states have regions that will allow rhubarb to grow (the northern portion of California, for instance), while some states such as Texas aren’t generally conducive to the plant’s success.

States on or near the Canadian border provide ideal climates for growing rhubarb. These states include:

Some parts of these states are less hospitable to rhubarb, but for the most part, it will grow well in these places. If you’re unsure whether rhubarb will thrive in your area, check with your local extension office before planting.

Where in my garden should I plant my rhubarb?

When planting your rhubarb, keep in mind that a well-tended plant can produce for more than five years; some can live over a decade! You want a spot in your garden that will allow for this longevity.

Portions of your garden with northern or eastern exposure are best, particularly if you live in areas where warmer days are possible. If your chosen spot is subject to a lot of sun or heat, be sure to provide a shading companion plant or a cover of some sort to protect your stalks.

Finally, be sure to pick a spot in your garden that is readily accessible. Your plants will require regular maintenance, such as applications of compost, trimming, harvesting, and of course, watering. In addition, you’ll be checking your rhubarb occasionally for signs of insect infestation and diseases. For these reasons, a spot that you can get in and out of easily will make these chores much easier.

Once you’ve found the right spot for your rhubarb plants, you’ll be amazed at how easy it is to have healthy, productive plants giving you a plentiful harvest.