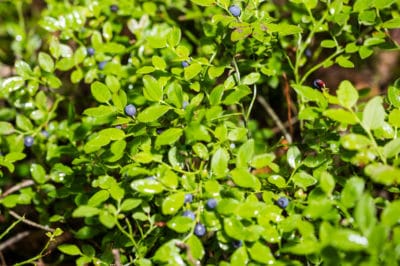 How to Prune Blueberry Bushes

Most blueberry bushes grown in home landscapes are upright, multi-stemmed deciduous bushes. The most common blueberry bushes are highbush and southern highbush, which can grow from 6 to 8 feet tall. No matter which type of blueberry bushes you have, they all need yearly pruning to manage their height and shape.

Most of the time, you prune blueberry bushes when they’re dormant during the fall and winter. Wait until the leaves fall off the bushes before pruning. If your bushes are large with thick canes, use long-handled loppers for cutting tough stems. Smaller pruners work well for touch-up work or for pruning young blueberry bushes. When you cut the stems, try to make them flush without leaving any stubs. You don’t have to treat the cuts after pruning.

Once your blueberry bushes lose their leaves, usually in November or March, begin pruning. Follow these steps for the correct pruning techniques:

The goal of your pruning should be to have several trunks on your blueberry bush with healthy canes of varying ages sprouting from the ground. As you remove old canes, new ones will replace them.

When your blueberry bushes are in their first year, remove all the flower buds. You can either cut them off the branches or rub them off between your fingers. In future years, thin the flower buds to promote the growth of the bush. This is essential for establishing a full-grown blueberry bush.

It seems strange that you need to trim off branches and blossoms to produce more fruit on your blueberry bushes, but it’s essential that you do just that. After pruning, you can add organic mulch around your bushes to promote new growth. If you drink coffee, save your coffee grounds and spread them around the base of your blueberry bushes. The grounds are acidic, which blueberries love.