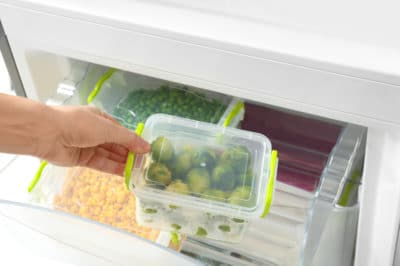 How to Freeze Brussels Sprouts

The small Brussels sprouts often enrich our food in winter. Outside this period they are neither harvested nor sold fresh. Those who freeze these vegetables when they are available will notice that they can also taste delicious in summer.

From the freezer, Brussels sprouts can enrich our dishes all year round. But when is his fresh season in this country? Because then it is not only the ideal time to enjoy it fresh, but also to replenish the stock in the freezer.

September is the first month in which fresh Brussels sprouts can be harvested in the garden. If you can’t harvest, you can now find it cheaply in the supermarket, usually portioned in nets. The supply does not stop until March.

Brussels sprouts harvested early in the season can taste bitter. The reason for this undesirable taste component is the still abundant bitter substances. Only the frost takes the bitterness out of the Brussels sprouts and gives them a mild aroma.

The four working steps to the freezer

Brussels sprouts require some time and attention before they can be stored in the freezer. The preliminary work can be roughly divided into four steps:

The Brussels sprouts must be thoroughly cleaned before freezing:

Tip:
Scratch the Brussels sprouts crosswise on the stink side so that they cook more evenly later.

Place the Brussels sprouts in boiling salted water for about two minutes. Bite strength is maintained if the blanched cabbage sprouts are then immediately quenched with ice water.

After the Brussels sprouts have cooled, they are removed from the ice water and placed on kitchen paper to dry.

Spread the dry Brussels sprouts on a tray and put it in the freezer for about 30 minutes where it can freeze. If your freezer has a quick freezing function, it should be used now.

Since the Brussels sprouts do not touch each other on the tray, they do not freeze against each other even later and can be easily removed individually.

Finally, all that remains is to fill the frozen Brussels sprouts into suitable freezer containers, label them and place them back in the freezer.

Shelf life and use

The shelf life of frozen Brussels sprouts is 6 months. It can be added directly from the freezer into boiling food or boiling water. Since it is already blanched, the cabbage needs only about 10 to 12 minutes cooking time, depending on how big the heads are.